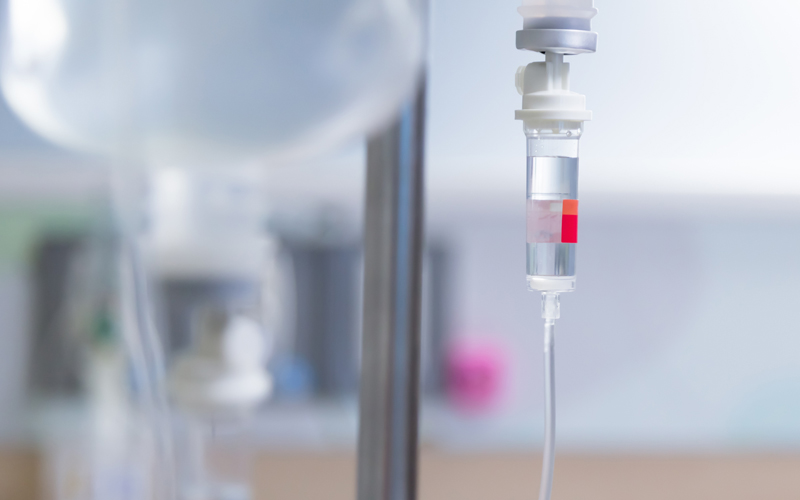 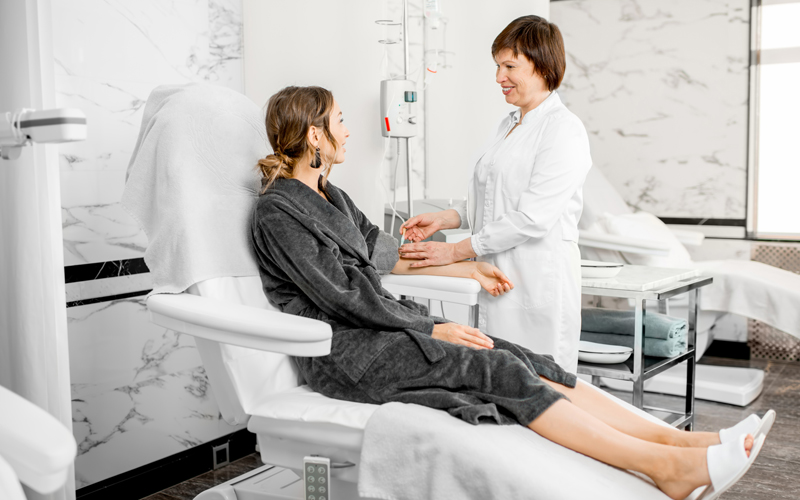 Whether you suffer from a chronic illness that compromises your immune system or you’re starting to feel a bit flu-ish before that half-marathon you signed up for, a Myer’s Cocktail may be the best way to heal your ailments. With reports of lengthy energy boosts and reduced pain caused by muscle spasms, migraines, fibromyalgia, asthma and other chronic diseases, the Myer’s Cocktail has become one of the most popular vitamin drips offered in the US. Find out why, how, when and where to get one.

Doctor offices have begun to use intravenous therapy to deliver vitamin cocktails to boost overall health. The Myer’s Cocktail, made popular by the late John Myers, M.D., a Maryland physician who was known for using intravenous injections of nutrients to treat chronic conditions, is one of the most popular infusions delivered through an IV to patients. It includes an expert mix of vitamins used to boost the immune system, combat fatigue and to reduce symptoms of seasonal allergies, fibromyalgia, chronic fatigue syndrome, lung disease, cardiovascular disease and asthma.

While the Myers’ Cocktail was named for Dr. Myers, it’s Alan Gaby, M.D. who has brought a lot of attention to the mixture more recently, often writing about the benefits of the elixir when publishing on nutrition in medicine.

The procedure takes an average of 30 minutes to complete. The process is the same as getting an IV at the hospital (without the large bill!). Patients come to the office, have a small catheter placed into their vein and wait comfortably until the bag has emptied.

It is not recommended that the treatment be given as a one-off. Those who experience the best effects of the treatment come in 1-2 times per week and most experience the energy boost by the fourth visit. Those with chronic conditions will often keep ongoing appointments to combat their symptoms leading many offices to offer monthly packages and memberships. Anytime a patient feels their energy slipping is a good time to schedule another session.

[Call Out] What is IV Therapy?

IV therapy, or intravenous therapy, is the practice of delivering a liquid substance directly into a vein. Doctors use two types of administration: injections, using a syringe to deliver substances at higher pressures, or infusions, which typically use only the pressure supplied by gravity.

The Myers cocktail sources nutrients that help aid in the reduction of symptoms of common ailments as well as boost overall health. When someone is feeling run down or thinks an illness is on the horizon, scheduling a Myer’s Cocktail IV therapy session may provide the vitamins they need to make it through.

Others who suffer from symptoms of common ailments including seasonal allergies or asthma may use the cocktail to manage symptoms. The incurable illness fibromyalgia, which has received more attention from the medial community recently, has many symptoms including pain and chronic fatigue that the Myer’s cocktail has been shown to reduce.

Why get the cocktail intravenously? When a digestive issue is at play, the ability to absorb vitamins taken orally or eaten in food may be disrupted by the ailment, whether it’s bloating, indigestion or something else. By injecting the nutrients intravenously, the patient gets more of the nutrients into their system, allowing the benefits to be much greater. In fact, it is impossible to get the same levels of vitamins into the system when taken orally due to digestive limitations of absorption.

Athletes have even used the cocktail to improve athletic performance, as well. Because the cocktail is a mix of vitamins it doesn’t break any rules. Instead it provides an all-natural boost for the body by flooding it with nutrient-rich liquids.

Receiving the cocktail intravenously instead of orally has its own set of benefits. In addition to forgoing hefty doses of vitamins in pill form—often an unpleasant experience that can cause irritations such as upset stomach—the nutrients reach the blood immediately. Vitamin C, for example, has been shown to raise the concentrated level of the vitamin in the blood 50 times higher than when given orally. Because the vitamins are injected, they reach the body faster and bypass the digestive system, which can sometimes lose nutrients if a leaky gut is at play. Instead, these nutrients take a faster route straight to the cells where they can do the most good for the body.

For the average patient, an energy boost lasting days or even weeks is the most common reported outcome of receiving a Myer’s cocktail. Many also report less illness in the weeks following an injection, a side effect of a h3er immune system. For sufferers of fibromyalgia and other chronic illnesses, less pain has been reported. In fact, the Journal of Alternative and Complementary Medicine published a double-blind placebo-controlled pilot study with fibromyalgia sufferers that reported lower pain levels after treatments.

Risks associated with the Myers Cocktail are rare. Injection site pain or redness is possible, as with any IV therapy. While receiving he treatment, some patients feel heat or flushing—a result of the magnesium in the cocktail—or a strange taste in their mouth as they receive the vitamins. None of these reactions are harmful.

Treatment with the Myer’s Cocktail has been linked to energy boosts lasting days or even weeks, reduced fatigue, less instances of contracting viral illnesses, reduced symptoms for sufferers of chronic asthma, lung disease, congestive heart failure and seasonal allergies and relief from muscle spasms and migraine and tension headaches.

Other vitamin therapies have been established to treat similar symptoms through IV nutritional therapy, a method of feeding vitamins, minerals and amino acids directly into the bloodstream to correct nutrient deficiencies using higher levels of vitamins than can be absorbed when taken orally. Each cocktail has its own ingredients but not all have been as well studied as the Myer’s Cocktail.

The cost of the Myer’s Cocktail vitamin drip ranges depending on facility and insurance. Many places advertise the cocktail between $65-100 per drip. It takes approximately four treatments to experience the full benefits of the cocktail.