How to Setup Audio For Your Video or Podcast 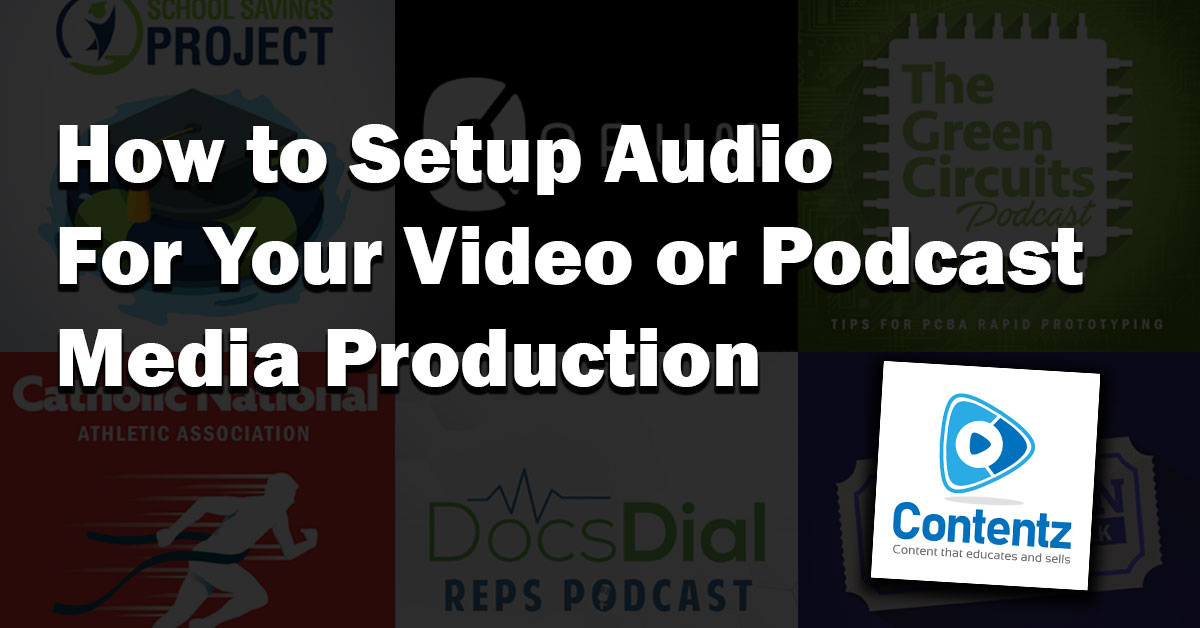 There is a saying in podcasting that goes: the way you use the equipment is more important than the equipment itself. In other words, it’s not necessarily about what type of microphone you have, but it is more about how it is positioned and how a speaker addresses it. This is called microphone technique.

We lay out both microphone technique in the Contentz studio, along with the configuration of microphones and software that we offer.

There are four main aspects of microphone technique. Mastering these can make your production sound fantastic. They are mic level, proximity, voice level and mic angle.

Mic Level refers to the balance between gain and fade on the mixing board. It controls the quality of audio. If it is not set correctly, the audio will not work at high and low volumes. It makes editing more difficult. The professional recommendation is to adjust the gain knob on your audio interface or mixer until you can hear it buzzing in your headphones, then turn it down slightly.

Proximity refers to the distance between the microphone and guest or host (ie speaker).  The closer you are to the microphone, the deeper quality (ie better quality audio) is captured. Quality drops as a speaker gets further away from the microphone. Start with about four finger widths between your mouth and the microphone. Test it and adjust based on what you hear.

Voice level refers to the way somebody speaks into the microphone. If you yell or project more than normal, it can lead to reverb and lousy audio capture.  If you naturally speak loudly, then you can adjust mic level and proximity to account for it. If you speak softly, the same applies.  The best way to record audio is to speak at a consistent level. Avoid extremes.